What is the difference between Google file stream and Google backup and sync?

‘Google File Stream’ and ‘Google Backup and Sync’ are quite different even though they are both released by Google. 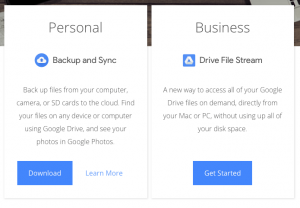 Google describes the differences as one being for ‘Personal’ use and one for ‘Business’. That’s not a bad summary. They do different things and it’s important to understand the difference before you start using them. Google file stream is like an extra Hard Disk that lives in the cloud.  Google backup and sync is more like Dropbox – a synced folder. Here’s why you may like to install both side-by-side to benefit from what each one has to offer.

Google File Stream is like a USB thumbdrive that lives in the cloud.  It appears as an external Hard drive on your desktop. When you drag folders or files across to it files are not moved they are copied. When you copy a file to Google File Stream you now have 2 copies of the file, just like when you copy a file to an external Hard Disk or USB stick.  Also your organisation controls part of your Google File Stream and they can choose to share certain ‘Team Drives’ with you.  So it’s like a USB stick that comes with some pre-installed files. It’s aimed more at an organisation than an individual.

The files on your Google File Stream are not backed up to time machine.

Google backup and sync is folder based, it is like a synced folder.  It shares a folder from your computer to the cloud.  You can choose to share that folder to another computer as well. It will keep those two folders in sync. Think of it as a folder that happens to be shared. Because it is a folder it is backed up to your time machine backup like any other folder on your computer.  Basically, it’s Google’s version of dropbox. (Read this article for how Google Backup and Sync is slightly different to Dropbox.)

I don’t use Google backup and sync for this purpose because I find that Dropbox does what I need it to do. I  have Backup and Sync install because it has a little extra feature whereby it can backup your desktop folder to the cloud, which is handy. It means you can access your desktop folder from anywhere online if you need to.

How I use them.

I use Dropbox to sync files that I am working on (both personal and work) across my own desktop and laptop computers. (Talks I’m listening to, recipes, mainstage projects, my 1Password keychain, musescore files, pages documents etc. Especially files that I use regularly. It mainly consists of ‘project’ folders. I try and clear it out regularly to only keep what I need in Dropbox.

I use Google File Stream for all official documents relating to our church, especially things that should stay with the organisation after I leave. Policy documents, admin files, movies. The nice thing about Google File Stream is that it doesn’t download the files everywhere, so it doenst’ clutter up everyone’s internet bandiwdth or hard drive unless they acrually need to access a file.

I also use Google File Stream to publish files to the web. (eg here: http://dpc.org.au/music )

I use Google Backup and Sync kind of like an extension to dropbox. It has a lot more space so I put big files there that I don’t want to take up my Dropbox quota. I also use it to backup the desktop folder of my laptops.

If you already use Dropbox, you probably don’t need to use Google Backup and Sync, unless you want to sync a desktop folder or need more free space.

If you are finding that Dropbox is not quite powerful enough to share your files across a complex organisation, or you want to separate your work files from your personal ones, Google File Stream may be what you are after.

What are the differences between ‘Google Drive’ (Google File Stream) and ‘Dropbox’?

What are the differences between ‘Google Backup and Sync’ and ‘Dropbox’?

How to install Google Drive on OS X

How to install Google Drive on OS X

What are the differences between “Google Backup and Sync” and “Dropbox”

Get more space on Dropbox (for free!)

How to sync information between your Macintosh computers, iPads and iPhones. 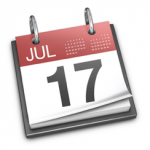 How to sync an Android Phone with OS X. 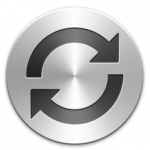 Apple File Sharing – How to easily access files on other computers in your home or workplace.

What are the differences between “Google Backup and Sync” and “Dropbox”

sync No Comments »
Copyright © 2013 Wayne Connor. All rights reserved. | Hosted on bluehost.com Click here to find out why.