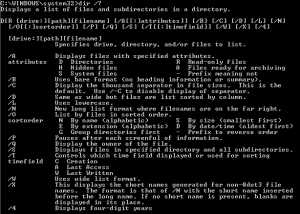 I don’t like to say this but Apple is starting to be not so crisp, not so sweet, not so Apple.

2 days Ago Apple released a software update that crippled everyone’s ethernet. This meant that unless you used wifi, your internet was gone. Today Apple released a ‘fix’ that you can read about here. It requires you to go into the ‘Terminal’ and type in some lines that will fix the problem.

Go into the terminal??? I kid you not. We have just regressed 32 years.

Apple Macintosh (1984) was Steve Job’s answer to the old ‘DOS’ operating system of the 1980’s where you had to type commands like ‘DIR’ and ‘DEL’ and ‘COPY.’ The idea was that people wanted a graphical user interface (windows) rather than having to type.

Here we are 3 decades later and Apple are telling us that to fix a problem we have to go into ‘Terminal’ (most Mac users don’t even now what Terminal is) and type in ‘rm -rf “/Volumes/Macintosh HD/System/Library/Extensions/AppleKextExcludeList.kext”

Steve Jobs would be turning in his grave. The fix should have been an automatic download. But we don’t have internet anymore, so we can’t download a fix. Hang on, how can we even read the Apple help article that addresses the problem?  If we can read the article, we can probably download an update. At least something to copy and run from a thumbdrive would have been nice.  And how come Apple’s ‘fix’ came 2 days after the nurds on the internet came up with a solution?

I had a play on one of my cousin’s Samsung phones at Christmas and it’s almost as good as the iPhone. Not quite there yet, but pretty close.

Back in the 90’s when Apple was without Steve Jobs we loyal Apple users went through some dark times, the Performas, the Centris, the Macintosh TV. Desperate times indeed. But there was hope, and Steve Jobs returned to launch the iMac. And the iPod. And the iPhone. And OS X….

We are in dark time again.

The latest release of mac minis went backwards in performance. Apple are releasing software updates that are slowing things down and making old phones almost un-usable.  Apple music is a mess.  Apple Dictation is laughable compared to what Nuance are doing. Apple’s lack of compatibility with different versions of Keynote and Pages is embarrassing. AirPrint and Airdrop still don’t work properly. This latest ethernet problem is one of many blemishes that are starting to appear on the Apple. Time to start the transition to Android?

6 Responses to “Steve Jobs is dead, Apple is dying.” 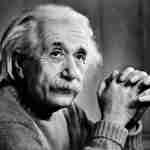 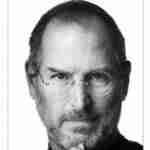 other, Steve Jobs No Comments »
Copyright © 2013 Wayne Connor. All rights reserved. | Hosted on bluehost.com Click here to find out why.