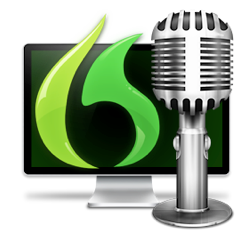 [This article was written in 2010. For a more recent of Dragon click here.]

I’ve been waiting for almost 10 years for Dragon Naturally Speaking to arrive on the Macintosh!  And finally it’s here –  Dragon Dictate.

Despite being a long time Apple user user, in 1999 I purchased a PC (yes that’s right!) just to run Dragon Naturally Speaking. I would dictate to the PC and then copy files to my Mac on a thumb drive!
Dragon Naturally Speaking was by far the best voice recognition software – but sadly it was not available for the Apple platform.

Not long after that, IBM releasedViavoice for the Mac. Viavoice wasn’t as good as Dragon Naturally Speaking but it did the job (and meant I could get rid of the PC!)  I used ViaVoice for the next 6 years.

So personally it’s been a 10 year wait  for Dragon Naturally Speaking to arrive on the Macintosh – but finally it’s here! After using Macspeech Dictate since it’s release 2 years ago,  I can say Macspeech Dictate is far and away the best dictation software for the Mac. It is now up to version 2.0 which has been renamed ‘Dragon Dictate’.

‘At the core of MacSpeech Dictate is the world-renowned speech recognition engine, Dragon NaturallySpeaking.’

For those who have been limping along with iListen or Via Voice – you won’t believe the difference! The latest version – Dragon Dictate 2.0 – achieves almost full accuracy with just 5-6 minutes of training.

There are a few (small) weaknesses, the main one being that the correction and editing is not quite as good as with the PC version.  With Dragon Naturally Speaking  if I retrained a word it would never mistake it again.  Not so with Dragon Dictate.  There must be some difference between the way Dragon Naturally Speaking and Macspeech Dictate handle the retraining of words. Dragon Dictate is in my opinion still slightly behind the PC version.

That said,  it’s a fantastic product. I use it every day,  and I’d totally recommend that you try it out if you do a lot of typing or transcription work.  At the very least find a friend who has a copy and give it a trial! That’s what I did and I was hooked.

If you live in the USA it is available directly from Nuance (Macspeech):

Click here to go to the Official Dragon site.

There is a ‘download only’ option which is great for international customers but you’ll need to find your own microphone.

Note to Australian Customers: you don’t need to select the ‘international language version’,  just the normal US version comes with Australian and UK speech files.

How to buy Macspeech Dictate in Australia

86 Responses to “Dragon Naturally Speaking arrives on the Macintosh!” 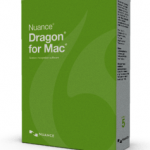 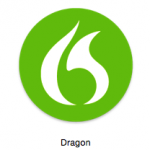