Tab Launcher is a great little app that sits on the side or top of your screen. It’s like a manilla folder where you can put commonly used files. It makes accessing them much quicker.  The great thing is you don’t have to actually move the files into tab launcher.  Your files stay exactly where they are but this is an easy way to access them.

This is how I stumbled across Tab Launcher. This morning I was working on lots files from all over the place on my computer. It felt like I was spending as much time looking for the files as I was working on them.  then I remembered back into the days when I had a little app that sat on the side of my screen where I could access my commonly used files. After a little while I finally remembered what the app was called –  Dragthing!

I downloaded it Dragthing and it still works but it looks completely out of date. After some searching I found a similar program called ‘Tab Launcher’  which does the same thing and does it very well.

I have put some of my most commonly used files and folders in Tab Launcher and here’s what it looks like for now:

I had now have access to a mixture of folders and files and applications that I like to use a lot.  I have my calendar in there, I have some documents that I’m working on, I have some important folders, and I have the folder where my screenshots are stored. Tab launcher allows you to type text on top of your folders, which I admit looks a bit ugly,  but it was quick to set up and handy to be able to manually name the folders.

You can download tab launcher for free from here: Tab Launcher on the App Store.

There is a free version that lets you create three tabs, or you can pay if you’d like to have more tabs.

How to change the name of lots of files in OSX

How to use Notational Velocity with Simplenote

Make your own keyboard shortcuts

How to add Devonthink documents to your Quicksilver catalogue

Hoe to use Google Tasks in OSX (MacOS). 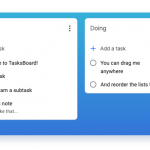 How to get 1Password 7 to automatically enter passwords again 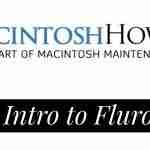 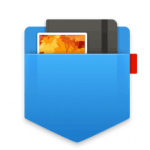