I’d like to set up some iPads so that our musicians can all follow along with what’s on the mac’s screen. This may also be useful for helping visually impaired people to see what is on a projector screen. Previously I’ve used VNC but it’s a bit complex to set up. There are various options around but sadly none of them worked seamlessly. Here’s a discussion that may save you some time!

OS X Catalina has a built in screen sharing app called sidecar. It allows you to share you Mac screen to an iPad. It didn’t work for me. After over a day of fiddling round, playing with settings, upgrading my iPad to the latest OS, and reading the Apple forums I gave up. I have a 2015 MacBook Pro Retina, and an iPad Pro. They are connected via Bluetooth and wifi. But I simply could not get the Sidecar app to run. It’s interesting that the Apple solution was the only one I could don’t get to work.

Duet Display is a lovely piece of Software, it worked first time, no fuss. Very clear instructions. It had a nice Touch Bar feature as well. It requires you to download a free app to your OSX Mac and a paid ($15) piece of software from the App Store. The only downside is that for Duet to work over wifi you then need to subscribe for $29 per year. I found it slightly misleading that this was not made clear from the start of the process.

Luna looks like a nice solution, but unfortunately no good for my needs as I need multiple iPads connected to the same computer. Luna only allows one iPad to be connected at a time. Given that the dongle costs $79 and that it didn’t meet my requirements, I didn’t try out Luna. I like the idea of it mimicking a hardware display – it means it will work with any Mac without any software problems.

Airdisplay looked promising, but after spending $15 on the iPad app, the desktop app would not load onto Catalina! I applied to Apple for a refund.

Duet was the only software that worked. I’ll do a more thorough review after I’ve used it for a while.

How to undo typing on your iPhone or iPad

My data projector is displaying a different screen to my computer.

4 Responses to “Viewing your OSX screen from multiple iPads”

How to do a livestream

How to make photos fill the screen in Apple Keynote 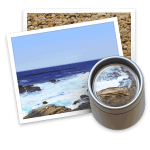 How to loop slides within a keynote presentation