Upgrading OSX to the latest version 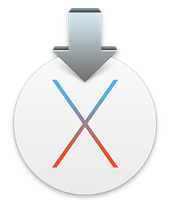 Since OS-X Mavericks (10.9)  Apple have been releasing their OS X upgrades for free. This means if you have any version of OS X newer than 10.9 then you can upgrade it to the latest version for free.  There are three ways you can upgrade.

Method 1 is Apple’s suggestion method, but if you have more than one computer it requires you to download the OS X update more than once.  Method 3 gives you a thumb drive that you can use multiple times to install OSX,  and you can even boot off it  in an emergency if your hard drive crashes.  It is very handy to have a bootable version of  the latest OSX on a thumb drive lying around  So I suggest option three

This article tells you how to make a USB thumb drive installer so you can upgrade any computer to the latest OS X.

It also tells you how to work out what is the newest version of OSX that you can run on your computer.

1. Look up what version of OS X your Macintosh can run.

So before you go downloading it’s good to check which version your computer is able to run. The folks over at everyMac.com have helpfully made a list of what the newest OSX that runs on every Mac model is.  You can access that list here.

2. Update to the newest update of your OSX version.

The major OS X versions have different names and numbers.

Before you do a major update to a new version of OS X it is good to make sure that your current version is up to date  because some installers require you to have an updated version of your current version. My laptop had Snow Leopard 10.6.5, but the ‘Mountain Lion’ Installer I wanted to use needed 10.6.8  so I ran Software Update’ and it upgraded to 10.6.8 first.

3. Download the Installer for the new version that you want

The easiest way to get a copy of the installer for OS X is to go the Apple website or the App Store and type in the version that you want. I went to the ‘App Store’ and typed in El Capitan and this was the first result that appeared:

The installer will download to your ‘Applications’ folder.  If you run it from there, it will install the latest OSX but then it will delete itself.  Given that these installers are huge files – 6 or 7 GB,  it makes sense to save a copy so that if you ever need to install it on another computer you don’t need to do the entire download again.  This is especially the case if you have three or four different computers.  You can use the same installer file on different computers. An iMac, a MacBook Air, a Mac Mini, a MacBook Pro all use the same OSX installer.  So it is much faster and uses less of your Internet bandwidth to download the installer once and use it on your different computers via a thumb drive rather than downloading it four times.

Hold down the option key while dragging installer to your desktop and a copy will be made.

5.  Use DiskMaker X to make the installer USB drive.

Now that you have made a copy of the installer, grab an 8GB  thumb drive,  and download this program called Disk Maker X.

You can do this manually, and I have explained how here, but DiskMaker X automates the process and makes it a lot simpler.

This maker X will ask you what version of OSX you want to make an installer for. Click on the version you want and then it will ask you for the installer file that you downloaded in step 3. It does the rest!

If you want to work with a version of OSX older than Mavericks (e.g. 10.8 Mountain Lion)  then you can download an older version of DiskMaker X from their website which works with the older installers.

6. Install OSX from the USB

Now all you need to do is take that USB thumbdrive, stick it in the computer that you want to upgrade, and double click on the icon that appears on desktop.  The installation is automatic.  This installer thumb drive is identical to the thumb drive that you would have if you purchased it from Apple.

How to install OSX Lion on multiple computers

How to install Lion from scratch if you don’t have Snow Leopard.

How to make an OS X Lion USB thumb drive

How to do a clean install of OS X Yosemite.

3 Responses to “Upgrading OSX to the latest version” 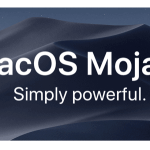 OS X No Comments »
Copyright © 2013 Wayne Connor. All rights reserved. | Hosted on bluehost.com Click here to find out why.