How to get a good range on your wireless network

It doesn’t matter what kind of wireless network you are running at your home,  be it an Apple Airport base station, or one of many other brands like D-Link, Asus, Billion, Netgear, or even a branded one like a Bigpond home wirless network,  they all suffer the problem of network congestion.  By network congestion I mean there are so many other people in your street or block of units with wireless equipment and they all interfere with each other – a bit like lots of people talking together in a crowded room. This  can manifest itself as reduced range on your WiFi network, a drop in speed, your wireless signal dropping out,  or your wireless  signal strength going up and down  randomly. Here’s  how to change your wireless channel so that you won’t clash with the other people around you.

In Australia there are 13 wireless channels in the USA there are only 11. When you go and buy a wireless router and bring it home and plug it in it will default  to one of those channels, most likely the middle one – Channel 6.  If your next door neighbours have done the same thing,  chances are all your wireless networks are on channel 6 and  therefore  they are interfering with each other. This  does not reduce the power that your wireless base station puts out, but it does make it harder to your computer to pick up  the signal because it will be picking up next door’s network as well – it’s a bit like trying to listen to a conversation in a noisy room. The best thing to do is change the channel of your wireless device.   There is a slight complication though,  because although there are 11 channels, they all overlap!  Have a look  at this picture:

All the 11 channels overlap and so the way to use channels that don’t overlap is to use either channel 1, 6 or 11. It used to be the case  that if you are having trouble on say channel 6 you could just switch to channel 1 or 11 and  find some free space.  But as more and more people go wireless these channels are filling up.  For  an example, look at all the wireless networks where I live. (I have used a ubiqity AirOS on a Picostation to get this information, but you can use an iphone app such as WiFiFoFum or a great app for mac OSX called wifi scanner from here.)

A list of the local wireless networks interfering with my home network!

These are all the signals I get sitting in my lounge room at home! And this is in a rural area  with quite spread out houses!  I’d hate to see what was like living in the city. Notice  that although there are 7 networks, most of them are on channel 1, 6 or 11. So I would be better choosing a channel between these, like  3 or 9. This will overlap with the other channels but it will be better than trying to compete directly with them! All wireless routers come with information on how to choose a different channel –  might be time to dig out the user manual! 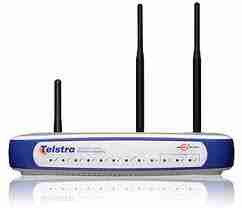 Finding the BEST frequency for your location.

I find the best way to work out  the optimum frequency for your wireless network is by trial and error,  and using a little iPhone utility called WiFiFoFum.

Firstly go into your wireless router – you will need the password for this, and change the Channel to 1.

On the airport base station it  this looks like this under Settings, Airport, Wireless:

When you have done this, restart your wireless modem, then measure the signal strength (RSSI) using WiFiFoFum, eg -89.

Change the Channel to 2, then do it again.

You will end up with some results like this:

Pick the channel that has the best signal – note that a lower number is better as it is measured in -dB so higher means a weaker signal. For me it was channel 5.

You may want to repeat the test another time and another day  because people can turn their wireless modems on and off at different times in the day.

How do I find my wireless  base station settings?

For most wireless routers  you need to surf to their web page from your browser –  Safari or Firefox. To  do this you need the IP  address of your router. To find it  go into your Apple Menu (top left of your screen) , then  system preferences, then network, then click on Airport, then Advanced, then TCP/IP, then have a look at what it says next to Router:

Type that number into Safari as if it were a webpage!

Accessing your wireless router to change the channel

This will take you to your wireless Router page (you will need a password that came with the router – check your documentation)  where you can change the channel settings.

You will need to restart the  wireless router each time you change a setting.

If you  have an Apple AirPort base Station you don’t need to go through Safari, you can just use the ‘ airport admin’  utility in your utilities folder.

This is not really something to set and forget –  because other people might change their settings too!

How to a connect a bigpond wireless modem with Snow Leopard.

How to find out what is using space on your Hard Disk.

How to a connect a bigpond wireless modem with Snow Leopard. 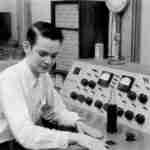 How to share a printer from OS X to Windows XP 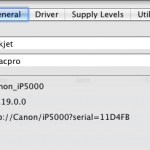