It runs from within iTunes, via a drop down script menu.

Download the iTunes-LAME Encoder from here (I have a local copy here in case that link changes) and unzip it.

Download the Import with LAME script from here and unzip it.

STEP 2. Copy both these files into your ~Library/iTunes/Scripts folder.

To do this in the finder select ‘Go’ , ‘Go to Folder’ from the top menu and type in ~/Library/iTunes

Copy the two LAME files into this scripts folder.

In iTunes there should me a new menu item between window and help. (It may take a long while to open the first time you run it).

Open iTunes and insert a CD into your computer. Make sure the CD is selected in iTunes.

A new iTunes-LAME window will appear that looks like this:

In the window type in –alt-preset insane as you can see above. Select prefs and select ‘cache tracks to hard drive’ also in prefs make sure destination is set to iTunes Music Library.
Click import, you will have a great quality CD in iTunes, in a playlist called imported from LAME.

What are the best settings to use in LAME?

There are literally hundreds of possible settings to use with LAME. It can be optimised for speech, music, portable devices and so on. It is more customisable (and therefore complicated)  than other mp3 encoders, but there are some preset settings to help you out.

To read more about the different LAME settings have a look here.

If you are after the best possible quality compressed file I suggest the ‘insane’ preset which produces files of approx. 320kbps.

I have re-imported all my CD collection using the LAME encoder set to the insane setting. It sounds much better – I now cannot tell the difference between the compressed files and the originals. I am importing all my new CDs as Apple Lossless but personally I find the difference so small I’m not going to re-encode my old CDs to Lossless as LAME insane is pretty good.

Here are some LAME setting examples to get you started…

How to compress speech How to import spoken word into itunes 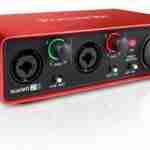 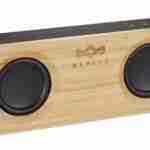