Google beat Apple at their own game – 3 must have iOS apps by Google. 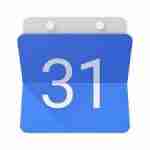 I have been keeping an eye on three iOS apps that Google have been playing with over the last few years,  and they have all come to age at the same time.  I’m not sure if the timing is coincidence or some kind of subversive move by Google but Google have nailed these three wonderful iOS apps all in the last few months: Calendar, Inbox, and Google Play.

Apart from the phone and message app, my three most used apps written by Apple would be iCal, Calendar and Mail. (Perhaps Contacts comes in there somewhere as well as Maps.)   Google have challenged these 3 apps with their own: Google Calendar, Google Inbox, and Google Play. In all 3 cases they have beaten Apple at what Apple do best, writing software that integrates well across their hardware and is a joy to use. These three apps all span across hardware platforms. Your calendar is a part of your life that you need wherever you are. On your work computer. On your home computer. On your phone. It’s the same with your Music. You want seamless experience across all your computer and iOS devices. Google delivers.

Up until now I have considered Apple software the best for creatives and Google the best for computer nerds. But Google have been quietly sneaking up and now just in the last six months three of their apps have developed to the point where they have overtaken Apple’s own offerings.  I have been toying with Google calendar but up until recently it has trouble syncing with iCloud calendars on the Mac OS X desktop.  Those glitches are now fixed and Google calendar is absolutely fantastic and a joy to use.  I find that it looks and feels better than iCal. It’s robust and reliable. I have also been playing with Google Play and it has won me over from iTunes as my music player of choice on the iPhone. Google Inbox is the same. I have been running it in parallel with the Apple mail app but I’m finding I don’t use Apple Mail at all anymore.

On my last check there were 67 iPhone Apps in the iTunes App Store that have been developed by Google. Some of the better known ones are Google Maps, Youtube, Google Earth and Google Photos.  These 3 offerings that I am recommending are lower down on the list of bestsellers, so they are not the most popular apps yet, but they have just reached the point where they are now better than what Apple have given us.

I will aim to write a review on each of these 3 apps over the coming weeks.

Give them a try. I’d love to hear your comments.

Google Calendar: Again, a good looking and easy to use Calendar that replaces iCal. 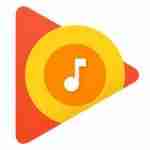 Google Play: A music player that requires a bit of setting up. It’s not as easy to get going use as the above 2 apps, but once you have it set up it is far more versatile and easier to use than Apple’s iTunes.

How to get a free iTunes account without a credit card

How to update all your iPhone apps from your mac 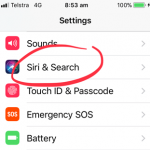