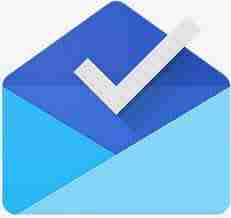 Google Inbox has become my preferred email app for my iPhone. I have been using it alongside Apple Mail for about a year but in the last couple of months I have completely ditched the Apple Mail app in favour of Google Inbox.  It’s just lovely to use, where do I start?

Google Inbox looks better than the Apple Mail app. Visually it is clear.  It’s easy to scan down and see the subject, sender etc.  When I go back to Apple mail it looks clunky.

Here is a screenshot of the Inbox in Google Inbox – you can see how it’s laid out. 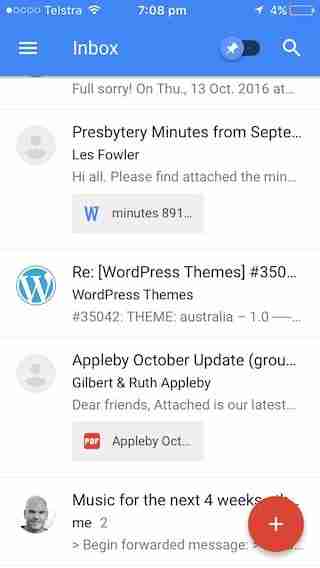 Google Inbox is also better at handling attachments than the Apple Mail App. You can see a little preview or icon of the attachment on the main email screen. (For example, the pdf file in the screenshot above.)

Like Apple mail, it’s just a simple swipe to delete an email, but Google Inbox also has an “undo” button at the bottom so that if you accidentally delete an email you can get it straight back with one press.

Push services from Gmail seem to work better with Inbox so that emails are received instantly and there is a constant count of how many unread emails I  have in my Gmail inbox. I have both Apps on my iPhone screen and  male always seems to arrive at Google Inbox first.

The only problem I have with Google Inbox is that it doesn’t pick up groups from the Apple Address book.  It picks up the contacts, so that you can send an email to anyone, but it doesn’t pick up the groups. Hence I retain Apple Mail to send bulk emails.

Give it a try.

Give it a few weeks to get used to it because it does do some things differently.

IMPORTANT: Paul (below) just pointed out that Inbox does not work with iCloud. It only works with a Gmail account.

Still no copy from SMS

Still no copy from SMS 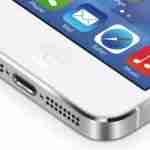 How to copy text out of an SMS in iOS 10