Some reflections on Tim Cook’s comments about the Apple ecosystem.

Last week Tim Cook made a comment about Apple that “The ecosystem has never been stronger.”

If you are an Apple user you will know what we mean by ‘ecosystem’. Back when PC users were fiddling about with ‘drivers’ and ‘incompatible hardware,’ Apple products, well, they just worked. You may have had to use an ‘Apple’ screen, an ‘Apple’ mouse, an ‘Apple’ keyboard, an ‘Apple’ printer, and ‘Apple’ software, but the plus was that if anything didn’t work you just rang Apple, and they fixed it. That’s the ecosystem.

It may be true that Apple’s ecosystem has never been bigger. (Apple Watch, AirPod, Pencil, HomePod). But stronger? For the first time since the Apple Clone disaster of 1995, Apple are forcing people outside the ecosystem in some areas. This is a very recent trend.

This article describes some weaknesses in the current Apple ecosystem that may give long term users some cause for concern.

Would you buy a car with no wheels? Or a shirt with missing buttons? Yet that’s essentially what is happening with Apple’s current Mac lineup. You now have to go outside the Apple ecosystem for some key items If you buy a Mac Mini or Mac Pro there’s no Apple display to go with it. If you want a second display Apple don’t offer one. And more importantly Apple don’t make a wifi access point anymore!

“Too bad. They’ve been awesome. Networking is wayyyy too complicated for the average user — even to advanced users. Apple made networking easy. ”

It’s hard to see what the future will hold but Tim Cook needs to be careful about the claim that Apple’s Ecosystem has never been stronger. Never been bigger, maybe, but the Titanic was big. Let’s hope Apple don’t become too overconfident.

One Response to “Some reflections on Tim Cook’s comments about the Apple ecosystem.” 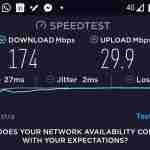 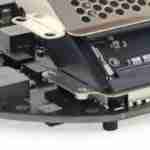 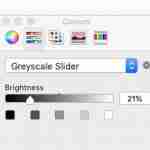