Apparently there are a a few bugs in OSX when it comes to accessing a network drive. This was really slowing down my Synology NAS which I use to host my video and audio files. To fix it, create the following file in /etc/nsmb.conf

I installed some Avid software and this menu item appeared. Most of these drop-down menu items have a preferences option where you can turn them off, but not so with Avid. There is no option to turn it off. I went into system preferences/users/login items which is normally where you turn something off and it wasn’t there either. The answer was to go to a file Library/LaunchAgents/com.avid.ApplicationManager.plist file and edit the line that says RunAtLoad key to false. Complicated!

Here’s the menu that I could not delete:

He is a good website that describes how to do this.

Setting up WPRIG on a Macintosh Computer – some comments.

Today I had a go at setting up wprig. It is a development environment for making WordPress themes. I’m using it to try and update our church website. Here are some tips on how to set it up. This is very advanced – for WordPress Theme Coders.

The new Mac Minis have super fast SSD Drives. I measured read times of 2500MB/s which is 5 times faster than the SSD drive in my old mac mini. But these drives are super super expensive. (An extra US$1400 for a 2TB drive). So I thought it might be an option to buy a Mac Mini with a small internal drive (256GB) and add an external SSD drive and combine them into a fusion drive. It didn’t work! But I thought I ‘d write a post in case anyone else has the same idea.

If you get a bit bored booting up your Mac and waiting for the Apple logo, here’s a trick that will let you see what’s going on behind the scenes.  It’s called verbose mode and it simply echoes to your screen everything that the computer is doing while it boots up.  It doesn’t change anything about the way the computer operates, it doesn’t speed it up or slow it down, it just displays it on the screen.

To enable  “Verbose mode” go into the terminal (Applications/Utilities/Terminal) and type in the following line:

How to extract data from an XML file using Google sheets

XML is a format that some applications use to share data. For example I use a metronome called ‘Tempo’ on my iPhone. It allows me to share the tempos of all my songs by exporting an ‘XML’ file to an email.

This document can be read by the tempo app and it contains all the information about my tempos but it’s very hard to read and I would like to share the tempos with other people in a clearer format.

Here’s how to get the data out of such a file and into a spreadsheet.  This should work for any XML file that you need to parse.

END_OF_DOCUMENT_TOKEN_TO_BE_REPLACED

Confession time. I just got scammed. Yep. I know the dangers, I’ve spotted scams before, but this time I fell for it and for 5 minutes or so my account was vulnerable to attack. Thankfully I realised what was happening fast and was able to fix things quickly, but this scare has made me all the  more wary of opening emails and clicking on web links.

END_OF_DOCUMENT_TOKEN_TO_BE_REPLACED

But Apple have introduced a security feature called ‘System Integrity Protection’ that stops you from deleting iTunes 12.7.

To delete iTuens 12.7 (and go back to iTunes 12.6) you can disable System Integrity Protection, remove iTunes 12.7, then re-enable the protection. It’s pretty hard core. I would say this is not recommended by Apple. Here’s how to do it…

END_OF_DOCUMENT_TOKEN_TO_BE_REPLACED

Setting up WPRIG on a Macintosh Computer – some comments. 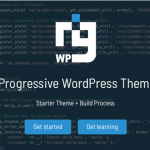 advanced No Comments »
Copyright © 2013 Wayne Connor. All rights reserved. | Hosted on bluehost.com Click here to find out why.